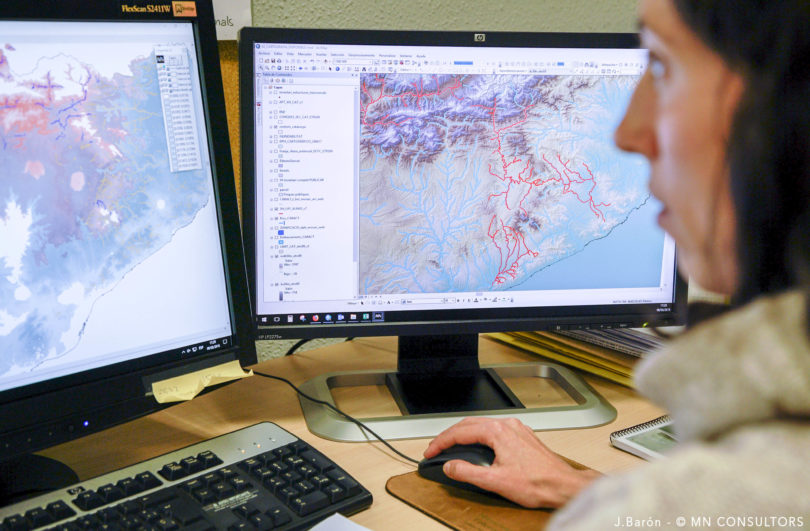 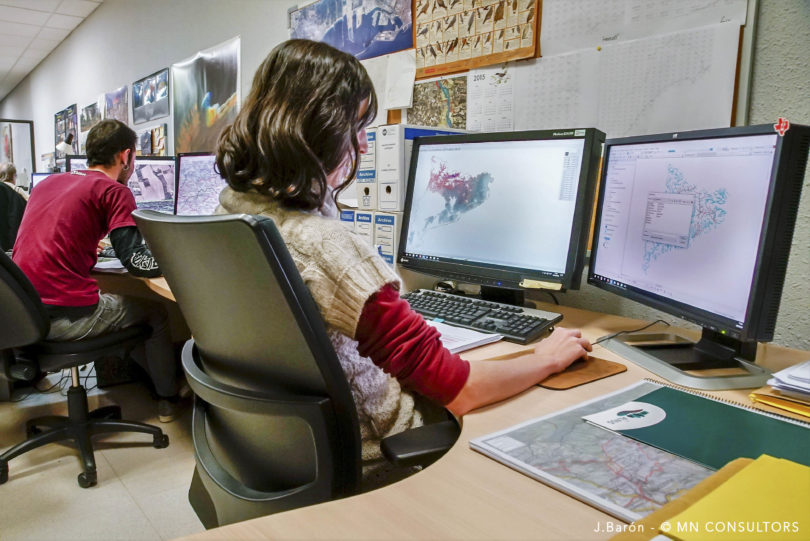 The project begins at a regional level, which allows us to better understand the current state of conservation of the alluvial alder groves from a geographic point of view. This first preliminary phase consists of two studies.

The first aims to generate a mathematical model of ecological potential in all of Catalonia for the 91E0* habitat, “Alnus glutinosa and Fraxinus excelsior alluvial forests”. This is a pioneering study, since this is the first model of these characteristics to plan and manage a habitat at a regional scale. Its objective is to rebuild which could have been the original territory occupied by alder groves in the past in river areas in Catalonia; this information is essential to design the conservation strategy of alluvial forests dominated by alders in each of the basins included in the project. Ultimately, the study will determine the ecological aptitude of each river course to accommodate the habitat, based on theoretical models generated by the spatial analysis of multiple environmental variables (orographic, climatic and hydrologic).

Secondly, a map of the current distribution of river alder groves in the Catalan territory is being made. All the cartographic sources available will be merged and structured, and all the existing bibliographic references will be obtained and georeferenced, resulting in the best possible approximation of the habitat’s current geography.

Subsequent analyses of both maps (current distribution and potential distribution) will offer an initial image of the surface area of the habitat’s geographic recession, an essential diagnosis to understand the causes of this recession in depth, as well as design a strategy to reintroduce and restore alder grove forests moving forward.

Both studies will be carried out by the botany team at MN Consultors en Ciències de la Conservació (Conservation Sciences Consultants) and will last three months.