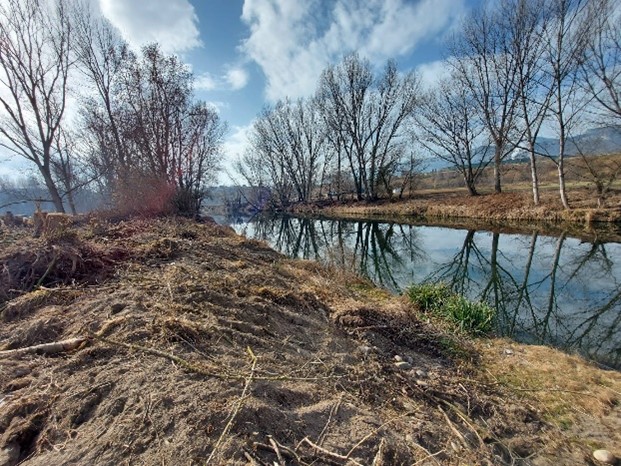 One of the biggest demonstration projects of the LIFE ALNUS project has started to move towards its execution. After months and years working on a technically complex and highly innovative proposal, at least in our country, the project reaches the decisive moment of its execution.

The Catalan Water Agency (ACA) has awarded the works for the restoration of the Gambires river area and the Sorral island in a section of four kilometres of the river Ter, by the municipalities of Torelló and the Masies de Voltregà, in the Osona region. The works will involve an investment of approximately 450,000 €, consisting of hydromorphological restoration actions, in accordance with the objectives set out in the LIFE ALNUS project, of which the ACA is a partner.

Implementation works of Gambires island, where Ter river is divided naturally in two flows, consist on gravel supply to the main river channel to compensate its lack and also to favour the elevation of the water sheet, circulating through the secondary channel as well. This will allow the improvement off the hydrological connexion at Gambires island and the alder recovery. This habitat is of communitarian interest and currently in regression so the works will also impact on vegetation by eradicating alien species from the island.

Regarding the measures foreseen at Sorral Island, they will consist on the demolition of the runway and access path decompaction, supply and redistribution of gravels water above and below acting as sediment trap as the runway used to.

In the current planification period (2016-2021) which ACA is promoting, 8,7M€ are destinated to fluvial and river morphology recovery measures for the internal basins of Catalonia. This specific work at Ter represents a huge hydromorphological rehabilitation and restoration work and generates a very important precedent for the replicability of such actions in other regions of the territory. Thanks to the 3rd planification period (2022-2027), 44 M€ are foreseen to be destined for hydromorphological restoration at the internal basins of Catalonia.